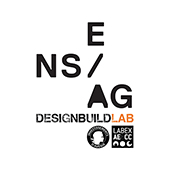 The project, situated in the Virginia rail town of Clifton Forge, is the 2nd phase of the redevelopment of a post-industrial brownfield into a public park and performance space which aspires to inject a distinct sense of identity and place at the heart of the community.

The bridge is a bent path, which ramps and steps, inviting people to wander as well as providing a direct link, over the creek, between the new ampitheatre and the historic downtown. It is supported at mid-span by a forest of leaning columns, which create a sheltered repose along the creek. Transparency was an integral part of the overall concept; the bridge deck and rail assembly maintain a thin profile, giving the bridge a subtle presence on the site. The entire length of the bridge is ramped to accommodate the site's significant elevation changes. The park is divided into multiple landscaped areas, including a line of tall grasses along the creek, a labyrinthine butterfly garden adjacent to the amphitheatre, a beach along the creek, and a series of grass lawns at the center. 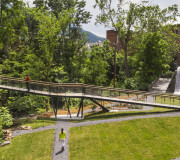 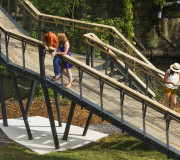 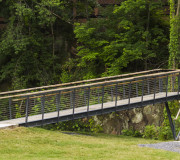 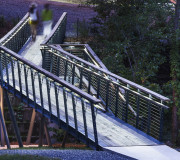 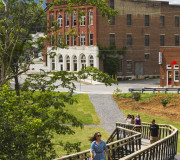 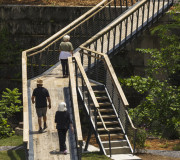 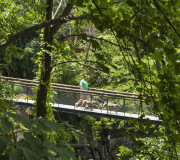 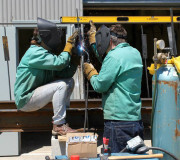 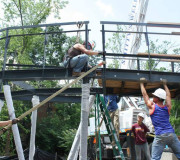 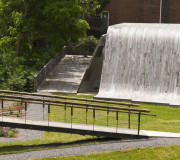 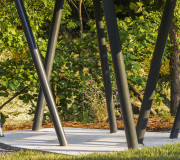 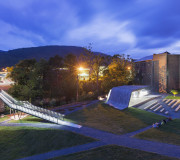